Media Tenor compares the relationship between reality and the media's description of reality or public perception of this reality as described by these media. Its applied Agenda Setting research has proved that media shapes peoples' minds. Consequently, topics not discussed in the media have proven to be irrelevant or less relevant by public.

Public opinion and even more importantly, human behaviour tends to follow media reporting. Ongoing up-to-date media content analysis represents the first step of Agenda Setting research. Media Tenor's approach of analysing all texts published in opinion leading media allows it to define 100% of all news reaching the people. Connecting this with public opinion polls or behaviour, Media Tenor can define how many reports are needed to make people change their opinion or behaviour.

The Media Tenor research is conducted in two steps: 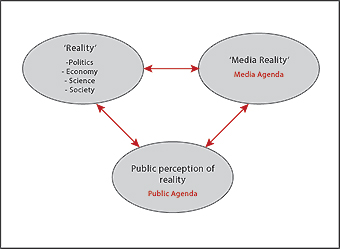 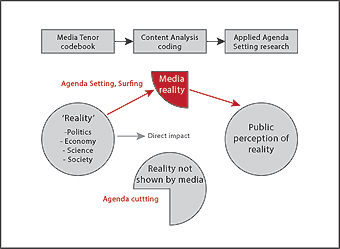